The History and Development of Karate-do !! 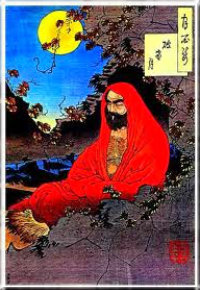 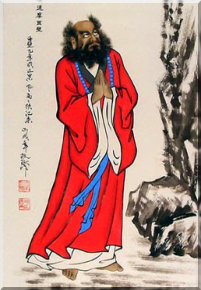 About 14th century, Dharma, Buddhist monk who is the founder of ‘Zen’ Buddhism, had a long journey from the west of India across Himalayas to China for the purpose of expanding Buddhism. Year later, he went to Shao Lin Monastery (Shorin-ji) in Hunan, China and found that the monks could not tolerate with the strict disciplines of Buddhism. Because of this, he discovered the method for physical and mental development. Dharma said that ..

Even though the practice of the Buddha is focusing mainly on mind, but body and mind cannot be separated. That is why you (monks) cannot fully practice the Buddhist teachings, so I will give you the method to increase your physical strength and you will be able to practice all of the Buddhist strict disciplines”.

After that, the monks of Shao Lin Monastery became very famous in both physical and mental strengths. The method of Dharma was expanded into many areas included Ryukyu Islands (now is Okinawa) and called Shorin-ji Kempo as the name of the origin.
From the history records, the beginning of Karate-do was about early 14th century. There was an exchange of goods and also cultures between China and Ryukyu Islands. At that time, Kung Fu was spread into Ryukyu Islands and developed to Ryukyu Islands Arts of Self-defense (such as Todei, Tee, Kempo, and Okinawa te).

In 1429, King Sho Hashi combined 3 areas of Ryukyu Island and became ‘Ryukyu Kingdom’. They were very rich and had trade relations with China, and this was a cause of ‘the war of expanded territories’. About 200 years later, October 22nd, 1600 was the end of Seki ga Hara War, King Tokugawa Ieyatsu won the war and became a Shogun in 1603, and he died in 1616.

In the period of Shogun Tokugawa (about 1609 or the 14th year of Gaisho), Daimyo Shimazu of Satsuma took over Ryukyu Islands and announced the unarmed policy; the development of Karate-do might have come from this policy. Karate-do is the combination of art of self-defense and the concepts of winning in just one strike (by using sword) of Satsuma family (Jigen-ryu). From this, the training of Karate-do focuses on how to overcome the enemy in just one technique.

In year 1922, the first Karate Demonstration was held in Tokyo by Master Gichin Funakoshi and had made a powerful impression on the Japanese public. After that, Karate became very popular and had been taught in many universities. The first Karate-do Club was in Keio University and followed by many universities. Now, Karate-do is spread into many countries around the world. In May 1948, Japan Karate Association (JKA) was established by the students of Master Gichin Funakoshi (Shotokan) with the standards of training (Kihon, Kata, Kumite) and competition. 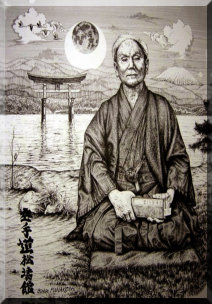 Master Gichin Funakoshi was born as the son of samurai in 1870(the 3rd year of Meiji), Naha City, Okinawa Prefecture. When he was young, he was very frail so he started training Karate (at that time was still the typical Ryukyuan art of self-defense). Years later, he realized that his health had improved tremendously and he was no longer frail.

His demonstration made a powerful impression on the Japanese public. One of the reasons was his unique personality accumulated from long time of training showed his real intention to make Karate as the true Japanese Art of Self-defense..

He also promoted the true essence of Karate in the way of braveness, courtesy, and well-controlled techniques.Master Gichin Funakoshi permanently moved to Koishikawa in Tokyo to teach Karate. Since 1924(the 13th year of Taisho) until his death in 1957, he taught Karate in many universities included Keio, Tokyo, Takushoku, Hitotsubashi, Waseda, Hosei, Senshu, and Nippon Medical College.

1922: performed the First Karate Demonstration at Tokyo
1929: changed the name from ‘Karate-jutsu’ to ‘Karate-do’
1936: wrote the textbook of Karate-do and received honor with the Emperor’s inspection
1943: wrote the introduction to Karate-do
1948: established Japan Karate Association and positioned as the highest master
April 26th, 1957: Master Gichin Funakoshi passed away at the age of 88 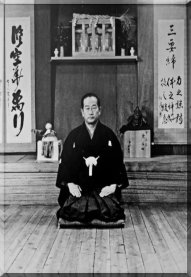 Master Masatoshi Nakayama is one of Master Gichin Funakoshi’s greatest students who carried on the tradition of his teacher.

He was the one who initiated the standards of Shotokan Karate-do in training and competition. He wrote many textbooks to support the training of Karate-do which are still widely used until today.

Master Nakayama also played a major role in the expansion of Shotokan Karate-do throughout the world by sending instructors overseas.

He encouraged the development of Karate-do as a sport along the scientific lines. Master Masatoshi Nakayama was the chief instructor of Japan Karate Association from 1955 until his death in 1987.